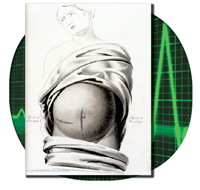 Obstetrical knowledge, technologies and practices have dramatically transformed women’s reproductive experiences worldwide. Medicalization of childbirth was accelerated in the 20th century by the displacement of childbirth from home to the hospital, and by the generalization of surgical techniques and pharmaceutical products. Medical interventionism took multiple, situated forms. Some countries (Brazil, China, Mexico, Turkey, Italy) normalized C-sections as a no-risk and no-pain alternative to “natural” birth; others, like France and Québec, generalized the use of epidural anesthesia; in many contexts, the induction of labor, its acceleration by oxytocin, and episiotomy became routinely employed techniques.

By the late 20th century, the “overmedicalization of childbirth” became a public problem. Critical voices that denounce the excesses of medical interventionism are, indeed, highly heterogeneous. They include, e.g., radical critique of technology and of medicine as an institution; a fierce defense of “natural” birth, often linked with the rejection of obstetrical techniques and instruments; a focus on the political and organizational aspects of childbirth; or a distinction between “justified” and “unjustified” applications of medical interventions and the rejection of the latter. Critiques of “technological drift” in childbirth are always situated. Obstetrical technologies can be framed in numerous ways, and have multiple meanings. While some Western feminists present intensive medicalization of childbirth as an oppressive and authoritarian meddling in a natural process; in countries in which many women do not have access to good quality health care, control of labor pain can be framed as a class privilege. When only affluent women receive pain relief, the possibility to choose an epidural anesthesia or even a cesarean section can be perceived as empowering for women, including from a feminist or a care perspective. Furthermore, criticism of obstetrical techniques is not limited to consumer groups or feminist movements. Medical and regulatory bodies question them, too. They react to ever-changing scientific evidence on the risk/benefit ratio of different obstetrical approaches, and to the rapid shifting of institutional, juridical and political environments. Highly divergent views thus exist on what counts as an “overmedicalization” of childbirth, but also what a “natural” or “normal” birth is; which interventions empower women and which disempower them; which should be perceived as safe, and which as too risky.

A substantial number of studies tackled the transformation of relations between medicine and childbirth in the 1980s and the 1990s, thereby highlighting the premises of the generalization of a large set of obstetrical technologies and instruments. In more recent scholarly debates however, a relative invisibility of “routine” childbirth technologies may be contrasted with a much greater interest in “extreme” or “dramatic” ones, such as ART (assisted reproductive technologies). With the ambition to remediate this imbalance, we aim to put the “naturalized” technologies/instruments and their subversive capacity at the very center of our analysis, so as to investigate how they transformed and continue to transform childbirth, remodel medical practices, alter maternal experiences, modify health policies and generate public debates. Our approach is firmly grounded in a comparative frame, which is an efficient way to highlight the various ways in which specific technologies, instruments and products are promoted, regulated, and refuted. Relying on cross-cultural investigations and field data from diverse national contexts (France, USA, Italy, Brazil, Senegal, Turkey, Switzerland, Canada…), this international workshop investigates how “technological” birth came into being, and how it is produced, problematized, framed, and negotiated in the 21st century.

• Julie Jomeen (University of Hull), “The Physiology-Psychology Divide and the Cultural Construction of ‘Choice’ in the British Childbirth System.”

11h30-13h30 — Session 2: Between the “Normal” and the “Pathological”: Representations of ChildBirth and of Woman’s Body in the Risk Society

• Gülhan E. Balsoy (Istanbul Bilgi University), “Representations and Disciplining of Midwifery and of ‘Traditional’ Birth in the Turkish Medical and Popular Culture: A Historical Perspective.”

• Maud Arnal (Cermes 3-EHESS), “Epidural Anesthesia as a Public Problem in France and in Quebec: Expert-Lay Dichotomy and Institutional Change.”

17h00-18h30 — Roundtable 1: Qu’est ce qu’un “accouchement naturel” et quand devient-il “médicalisé?” / What is a “Natural Childbirth,” and What is a “Medicalized” One? (This roundtable will take place in French.)

9h00-11h00 — Session 4: Reshaping of Birth Temporalities and Modalities by Obstetrical Techniques and Instruments

• Irène Maffi (University of Lausanne), “Technological Routines During Childbirth in Switzerland and Jordan. A Comparative Study of Birth Attendants’ and Women’s Experiences.”

• Mathieu Azcué (University of Lyon 2), “When Physiological Birth Becomes the Norm within a French Maternity Hospital. Resistances, Transformations and Challenges in Case of the Reversal of Care Standards.”

• Marilène Vuille (University of Geneva), “Psychoprophylaxis: French Criticism of ‘Over-medicalisation’ of Childbirth since the 1950s.”

• Zaira Jagoudina (University of Gothenburg), “Practices of Empowerment and Critique of Medicalized Birth in the Work of Swedish Doula-Interpreters.”